A correlational research design is a way of investigating the relationships between variables without any researcher interference. This type of study can be useful for answering questions about cause and effect in different scenarios, but it does not often allow researchers to make conclusions about causal links or which variable has more impact on other variables. 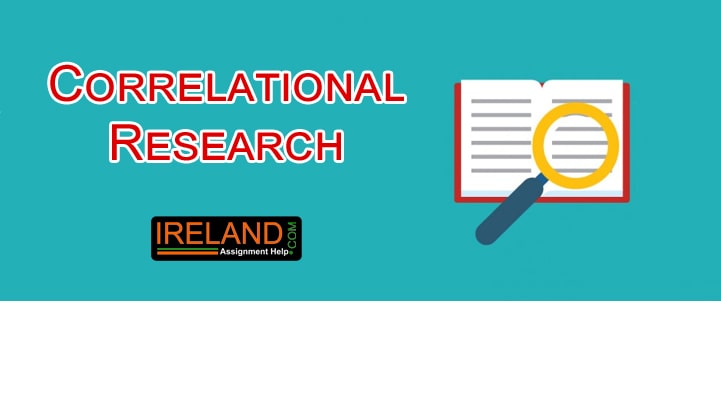 Example: The researcher has conducted an investigation for identifying the relationship between cancer and marriage. The two variables for example are marriage and cancer.

Let’s assume there is a negative relationship between marriage and cancer. The statement means that an individual who is married will be less likely to have cancer. It does not mean that marriage helps in preventing cancer, you can’t believe such a fact.

The different types of correlational research are :

When to use correlational research?

Example: If you intend to conduct research for identifying whether vegetarian people do have a high income or not. In case you don’t believe such fact still you should conduct an investigation as it still will help you in developing understanding about factors that affect the dietary choice of people.

2. If you intend to find is there any causal relationship between two different variables. It is unethical to execute experimental research which influences one of the variables.

Example: You Hypothesis that passive smoking which causes asthma in children. You can’t perform an experiment for testing hypotheses. It would be unethical for deliberating exposure to some children to passive smoking. You can perform correlational investigation for finding if children whose parents do smoking are highly prone to asthma.

How to do correlational research?

Correlational research is often executed in psychology as a preliminary technique for collecting information about the subject. There are several methods that you can utilize for performing correlational research. You need to use statistical analysis quantitative data for testing hypotheses.

Correlational between two different variables can be strong or weak. Surveys, Archival data, and observations are a few basic techniques that you can use for the collection of data in correlational research. In academic research, you can utilize a combination of different techniques.

It is one of the best ways to study the relationship between two different variables. Researchers can also conduct an online survey and could ask questions related to the topic from participants. After gathering data it is very much essential for you to analyze it thoroughly using statistical techniques. A survey is a best and most flexible technique for gathering quick replies.

Example: You for conducting an investigation to identify the relationship between income and vegetarianism, you can utilize the questionnaire technique for the collection of information about the diet of selected people having different incomes.

After the accumulation of data, you need to statistically analyze information for identifying whether vegetarians have a high income.

It is a kind of field investigation by conducting which you can collect information about the behaviour of people in a natural setting. The naturalistic observation technique mainly includes counting, description, and categorizing. In Naturalistic observation, you can involve both Quantitative and Qualitative elements. You need to concentrate on information that can be analyzed quantitatively.

For example: If you are conducting an investigation then you can observe seminars in college in order to analyze whether there is a co-relationship between gender and class participation.

While observing the college seminar you should note frequency and period of duration of the contribution of students and then you can categories them on the basis of gender. You can do a statistical analysis of data for determining when girls participate more in seminars or boys.

It means that you can utilize secondary information. You can collect secondary data from different sources such as polls, official records, etc. Archival data enables you to access large volumes of information through observations.

For Example: If you are performing an investigation to find the influence of working hours on the mental health of people you can collect information using health records, national statistics, etc. You can perform statistical analysis for identifying whether nations, where employees work for a few hours, have good mental health results.

Correlational research can be used for one of two reasons.

What are the benefits of correlational studies?

What are the drawbacks of correlational studies?

Example 1: After completion of the investigation you found that there is a negative correlational ship between mental health and hours of working. Evidence of the statement is the people earning low wages for average working hours also have good mental health.

But it does not mean that low paid working hours is the best technique for improving mental health. There are few other variables in the study which influence the relationship between different variables.

Example 2: There is a negative correlational ship between smoking and health. It means that smoking has a negative influence on the health of people. It is a robust fact that is accepted by scientists also.

The study of correlational research is all about understanding how two things are correlated, but it can’t be used to say for certain that one thing causes another. Even though there may not always be a straight line between the cause and effect, they still have some relationship that must exist because we’re looking at other data points to make detections!