Report writing is a process of describing, explaining, and interpreting information. It focuses on presenting collected data in an objective way for individuals to understand the findings more clearly. The process of reporting the findings and analysis of an original study or research is known as report writing. Academics, journalism, business, and marketing reports are just a few examples of where report writing can be applied. 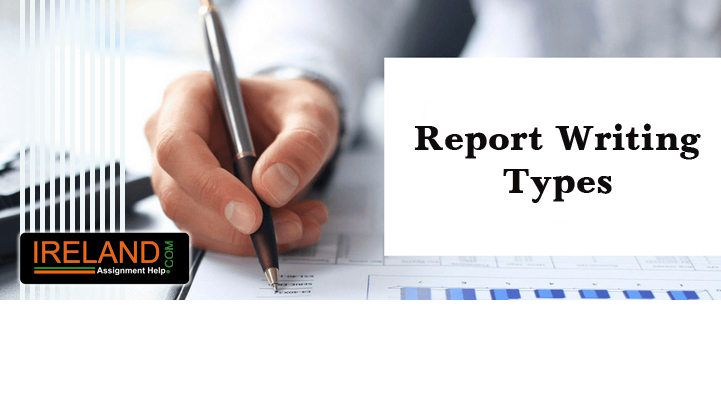 What is Report Writing?

Report Writing is the act of providing information about something through oral or written communication with other people. In this case, it’s referring to academic report writing which involves describing your ideas on an assigned topic using facts that you found during an investigation into a said topic without plagiarizing/copying someone else’s work word for word but summarizing what they have done previously before adding new thoughts onto their ideas.

The purpose and aim are to make the material as straightforward and accessible as feasible. The objective of reports varies greatly. They also differ in terms of the audience for whom they were written.

A report is a straightforward, easy-to-understand assignment. Report writing has many different forms, sorts, and styles, depending on your subject and your supervisor’s requirements. Many reports include all of the standard components of report writing, while others just include a handful.

Here in the handout, the experts of Ireland with their report writing skills have tried their best to explain every possible type of report in a very clear manner. It can help the Irish students in determining which type of report they have to write according to the given topic. So, let us not divert our focus and have a look at education report writing types.

The top eight sorts of reports are discussed in this article. The types are as follows:

2. Long and Short Reports: These types of reports are straightforward, as the name implies. A two-page document, sometimes known as a memorandum, is short, whereas a thirty-page report is fairly long. As a student, you’re used to writing longer, more formal documents.

4. Proposal Report: The proposal is a variation of problem-solving reports. A proposal is a document prepared to describe how one organization can meet the needs of another. Most governmental agencies advertise their needs by issuing “requests for proposals” or RFPs. The RFP specifies a need and potential suppliers prepare proposal reports telling how they can meet that need.

5. Vertical or Lateral Reports: The direction in which a report travels is referred to as this categorization. Vertical reports are reports that are higher uphill or downward in the hierarchy, and they help with management control. Lateral reports, on the other hand, help with organization coordination. A lateral report is one that travels between units at the same organizational level (for example, the production and finance divisions).

8. Functional Reports: This category comprises accounting reports, marketing reports, financial reports, and a variety of other reports that are named after their intended application. Almost all reports fit into at least one of these categories. A single report could be classified under numerous headings.

The above defined are the most common report-writing types. There are some more types as well based on the nature of the subject: Problem determining report, Report writing for nursing, Technical report, Performance report, fact-finding report, financial report writing, etc. You can also fit them in the above-defined categories, as well.